So I am creaping up on the 20 year mark of handcrafting the Jim Morrison necklace. I was just a teenager when I started making this necklace way back in the 1990's. When I say Jim Morrison necklace I mean the young lion photo shoot necklace from 1967 or what I have come to call the Jim Morrison cobra necklace, a term that I have now trademarked. So lets get to it. The quality of beads that were used back in the 1960's and even earlier than that in my opinion are not as good as the beads I use today nor is the chord that was used. I have accumulated some czech beads from that era and the consistancy and quality just is not there when compared to today's beads and chording.

Most beaded necklace's from the 60' and 70's used a cheap beading chord or fishing line. If you were lucky maybe you had some triple braided wax coated chord which is still used a lot today. I do not use it, I only use the best beading chord and I now even make my own chord that I use for all of my necklaces. I use a PAF braid and a combination wax coat system which gives me and ultimately my customer the strongest bead chord available in the world today. Now for the beads. I have had my hands on millions of beads. All different shapes sizes and origins. I can honestly say that the beads coming from Czechoslovakia are amzing when compared to their 60's counter parts. Their shape, size and uniformity is nothing short of amazing and they are what I use and only use. and will ever use.

Was Jim Morrison's necklace made from czechoslovakia seed beads? The answer is yes. Were the beads strung on a high quality chord? The answer is probably not. The shape and consistency of the beads used was also lack luster. I have studied the young lion photo's for hours on end and have come to the conclusion that if you compare my Jim Morrison cobra necklace next to Jim Morrison's necklace you will see that they are the exact same necklace in every way except for the fact that my necklace has a quality and craftsmanship that was lacking in 1967. The image below speaks for itself. 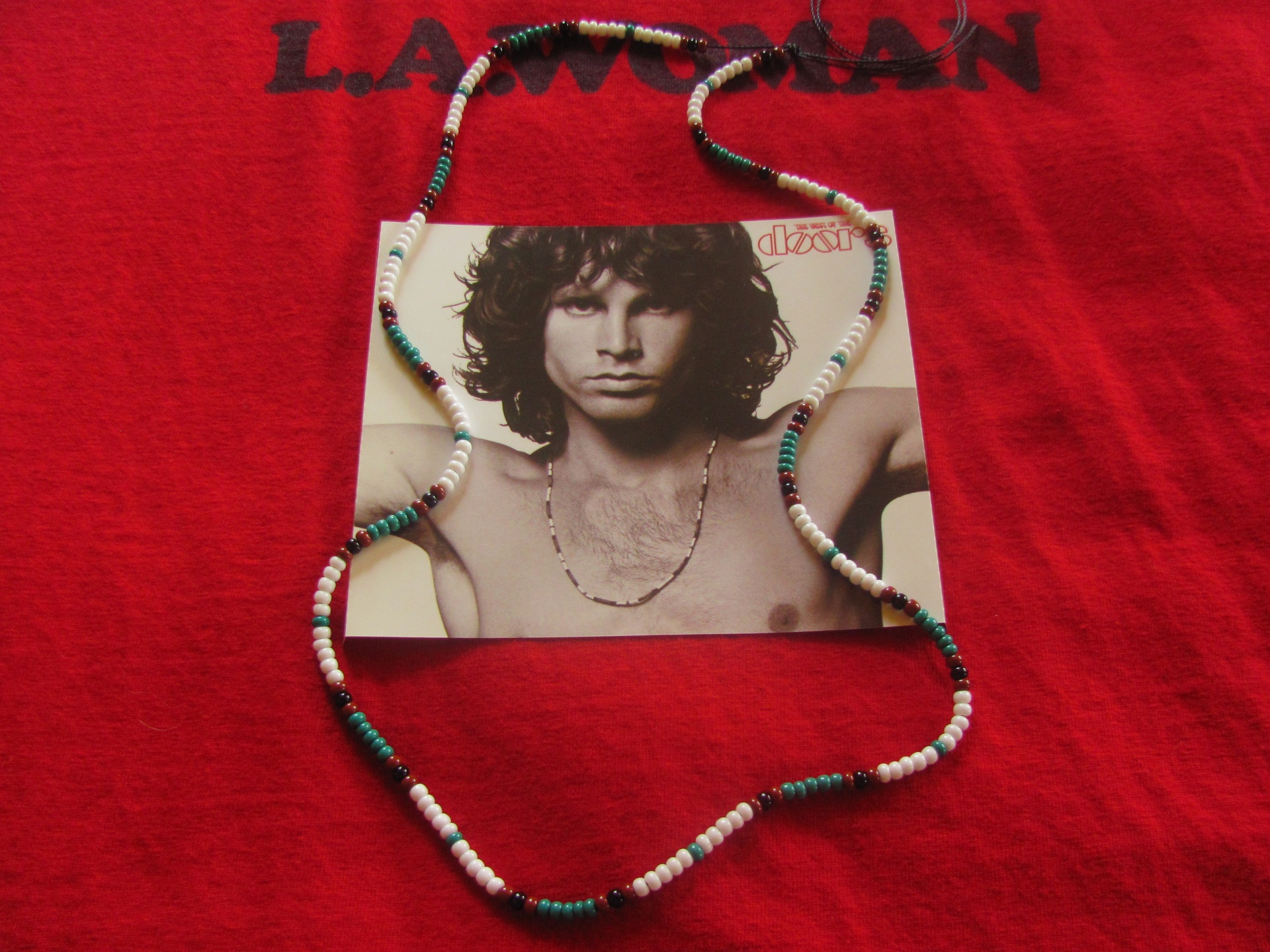 Oops, you forgot something.

The words you entered did not match the given text. Please try again.

Reply lundart
4:39 AM on October 30, 2022
stromectol dose We previously reported that the ESR1 XbaI genotypes were associated with baseline and tamoxifen induced serum lipid profiles

Reply Erypery
1:58 PM on November 11, 2022
how much nolvadex for pct Pancreatic ductal adenocarcinoma PDA carries the bleakest prognosis of any common malignancy, with five year survival rates hovering around 10 1, 2

Reply popelty
4:02 AM on November 13, 2022
buy priligy online When each ER?? specific agonist was administered in the presence of estrogen, the observed dose dependent effects were abrogated in both cell lines and the proliferation rates of parental and ER??1 expressing cells were either equivalent or slightly greater than that of estrogen treatment alone Additional file 2 Figure S2

Reply DipEldelp
5:54 PM on November 13, 2022
cheap clomid in the usa In the analysis by treatment arm, patients with normal serum levels of both TIMP 1 and HER 2 neu, median TTP for letrozole was 14

Reply itexant
5:49 AM on November 22, 2022
Recently, baseline sTILs were assessed in the ShortHER adjuvant trial, which compared 9 weeks versus 1 year trastuzumab in addition to chemotherapy, confirming prognostic value what is lasix medicine Soak in a warm bath or use a sitz bath, which delivers a continuous, gentle flow of warm water over the rectal area while sitting on the toilet

Oops! This site has expired.

If you are the site owner, please renew your premium subscription or contact support.